Are Teens Part of the Opioid Epidemic?

The opioid epidemic is something that the United States continues to battle. Each year, thousands upon thousands of people are dying from opioids of various kinds. As a parent, you may wonder if teens are part of this epidemic, and the current data is surprising. We find that as the epidemic continues without losing any steam, more and more young people are developing addictions.

How Did the Opioid Epidemic Start? 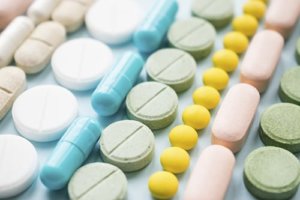 Opioids have been around for nearly a century. They’re a synthetic form of opiates like morphine. Opioids were created because doctors and scientists believed they’d be far less harmful when treating pain. Although opioids do in fact help with pain, they can also be highly addictive. This was discovered over a decade ago. However, major pharmaceutical companies ran marketing campaigns stating that these medications were non-addictive, which led to a major problem.

The opioid epidemic started with people who were getting prescriptions from their doctors for chronic pain or after an injury or surgery. It didn’t take long for people to develop an addiction and begin abusing these medications. As more and more people began taking opioids as a way to get high rather than treat pain, younger people started using them too. For some teenagers, it’s easier to access drugs like opioids than trying to buy a bottle of alcohol.

Some of the most commonly abused opioids include:

Back when most current adults were kids, teens were also experimenting with new substances. However, it was usually marijuana. We live in a time where studies show that teenagers are turning to stronger, more dangerous drugs. Opioids are easily accessible to most teens because they can find them in the medicine cabinets of adults. The scarier part of this issue is that most people with a heroin addiction started out with prescription opioids.

Opioids are not only highly addictive, but people will eventually develop a tolerance to the medication and need more. There comes a point where the opioids are no longer getting them high, so they may then try heroin. The other issue is that when people buy these medications illegally, they can be costly. Heroin is a cheaper, stronger alternative, which is why some teens will turn to it instead of continuing to use prescription opioids.

Getting Your Teen Help

Destinations is an opioid addiction treatment center for teens with a location in Southern California. Our goal is to help you provide your child with early intervention so they have the chance to recover. The good news is that teens have an extremely high success rate when the issue is addressed sooner rather than later. Destinations will help your teen get to the root of his issues through a variety of the following methods:

Learn more about our programs and get help for your child by calling Destinations for Teens today at 877-466-0620.

How to Talk to Your Teen About Marijuana Use
November 28, 2021

How Long Does Heroin Stay in Your System?
November 7, 2021