Drug and Substance Abuse in Teens 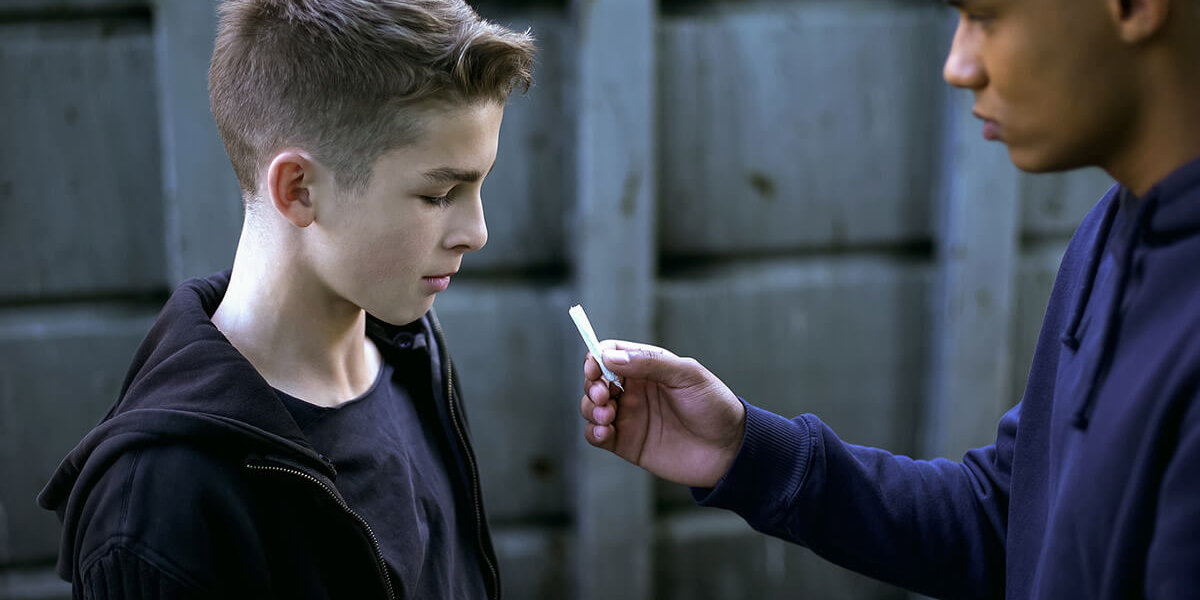 Drug and substance abuse in teens is an unfortunate consequence of experimenting with psychoactive substances. The cause of addiction is unknown, meaning that there is no known gene that makes you more prone to developing an addiction. Recreational use and experimentation carry the risk of dependency.

Substance abuse disorders don’t discriminate. This means that anyone, including teens, can develop a physical or psychological addiction. Approximately half of high school seniors have tried an illicit substance at least once in their lifetime, while 40% have used an illegal substance in the past year. Although alcohol and tobacco use among teens and adolescents has steadily declined over the past decade, marijuana use and vaping have become increasingly more popular.

Drug and Substance Abuse in Teens

Teens and adolescents are still maturing and developing. Teens are prone to making risky or dangerous decisions because they do not fully grasp the potential consequences. Peer pressure is especially problematic among teens. Young adults and the desire to fit in with peers can push teens to try substances like alcohol and marijuana.

Other factors, like puberty, can increase anxiety and stress. One of the most common causes of drug and substance abuse in teens is using drugs and alcohol to self-medicate negative or overwhelming emotions. Because the human brain doesn’t fully develop until your late 20s, teens are especially susceptible to making impulsive decisions.

Common symptoms of drug and substance abuse in teens can include:

Addiction is a progressive and chronic disease. This means that the longer treatment is delayed, the more severe symptoms become. Professionals can treat drug and substance abuse in teens in an inpatient or outpatient setting. Inpatient programs are residential, allowing access to members of your treatment team 24 hours a day, seven days a week. This increased structure and supervision ensures that you can focus on your treatment and recovery in a safe environment.

Holistic treatment methods primarily focus on wellness and healing the mind, body, and soul collectively. Some examples of holistic therapies include:

During treatment, our caring staff focuses on helping you improve your ability to cope with triggers, negative emotions, and cravings. You may continue to experience cravings long after your last use, which is why practicing healthy coping strategies is essential for recovery.

Reach Out To Destinations For Teens Today

Addiction is a complex and powerful disease that impacts your thoughts, feelings, and behaviors. For parents, drug and substance abuse in teens is especially scary. Early intervention and treatment are some of the best ways to improve your chances of recovery, as symptoms can quickly worsen. To find out more about drug and substance abuse in teens, or to learn more about our adolescent treatment programs, contact Destinations for Teens today at 877.466.0620.